The Stadsgehoorzaal is the biggest monumental concert hall in Leiden and is situated in the city center, within walking distance of the central train station, hotels and everything Leiden as an old city can offer to its visitor.

The Stadsgehoorzaal Leiden is an historical location in the city centre of Leiden. This extraordinary building rests on the foundations of the Saint Catharina hospital, which dates back to 1276. The nearby Waalse Kerk is the original chapel of the hospital. The Stadsgehoorzaal was built in the 19th century as a concert hall in an impressive Neo-Renaissance style, rare in the Netherlands. The facade with arcaded patio gives the building its extraordinary allure. From the original interior, the wood panelling and balconies in the Grote Zaal and the entire interior of the Breezaal have been preserved. 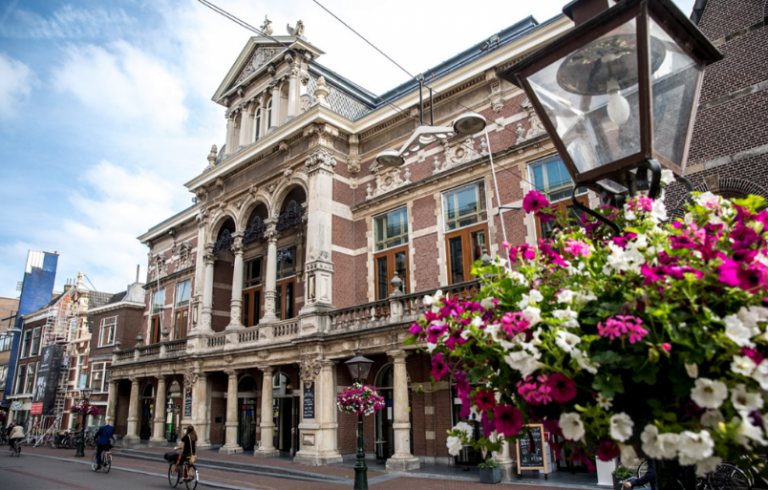